Next available:
Leopoldstadt
from
$66.50
Check availability 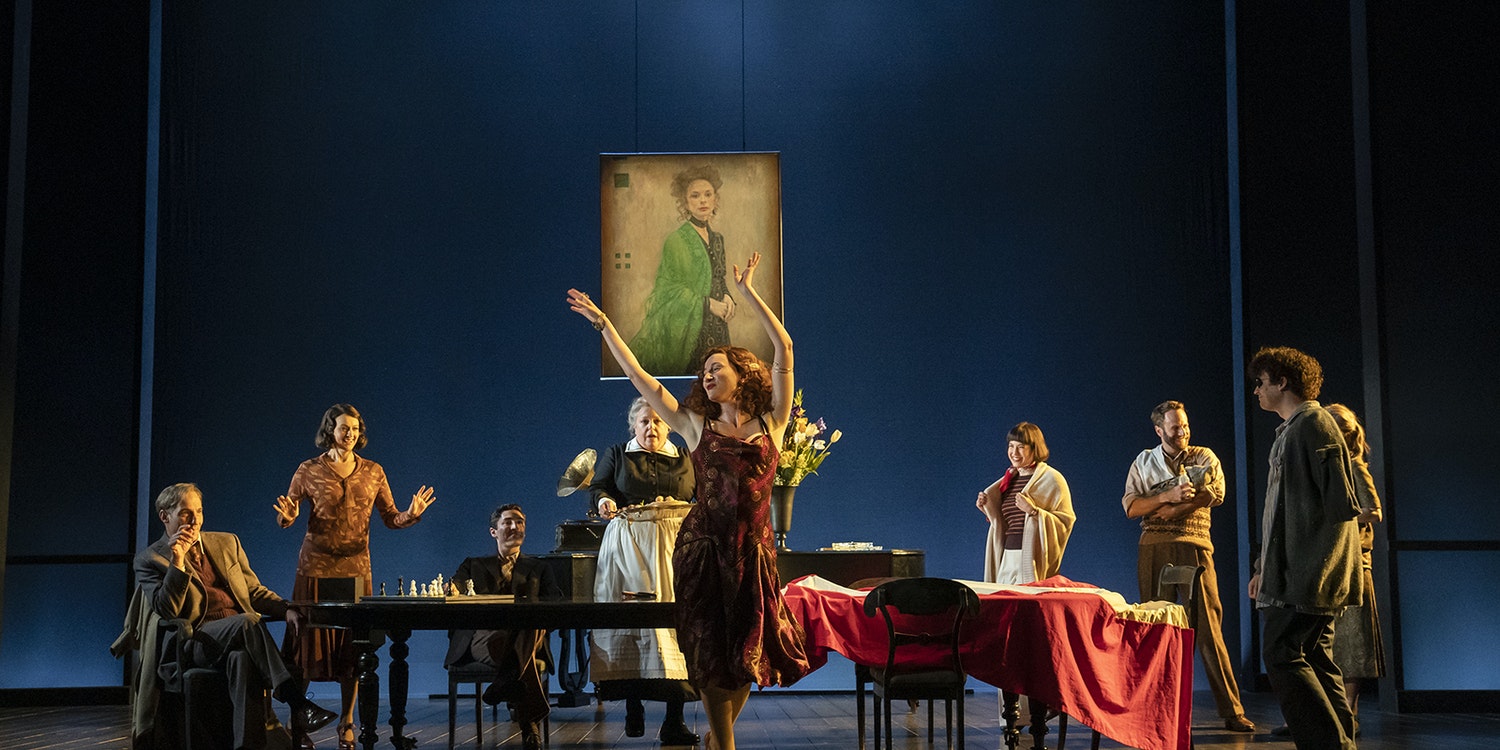 Leopoldstadt Broadway tickets are available now! The show won the Laurence Olivier Award for the ‘Best New Play’ in 2020 and was praised by critics and the masses alike. The play was written by the legendary Sir Tom Stoppard, ‌one of the most performed playwrights internationally. Some of his prominent works are Shakespeare in Love, Rosencrantz and Guildenstern Are Dead, and Arcadia. Patrick Marber, who is an actor, comedian, director, playwright, and screenwriter, has directed the production. We know the talented artist for his work in Closer, Notes on a Scandal, and Don Juan in Soho. Book your Lepoldstadt broadway tickets now to avoid missing out on them later!

The drama, which is set in Vienna, gets its name from the Jewish neighborhood. This intense drama of love and perseverance starts in the final weeks of 1899 and follows one large extended family right into the middle of the 20th century. Stoppard's latest work, which lasts two hours and covers fifty years, is full of his trademark brilliance and charm. A heartbreaking story that deals with Jewish life before and after the Holocaust, Leopoldstadt touches on sensitive topics from history. Purchase Leopoldstadt Broadway tickets and follow the journey of a Jewish family as they are besieged by cruel and whimsical turns of time.

Book online tickets for the Leopoldstadt play on Broadway.

The Longacre Theatre is a theatre on Broadway located at 220 West 48th Street in the Theater District of Midtown Manhattan in New York City, USA. It was constructed by Henry B. Herts and named after Longacre Square (present-day Times Square). The theatre opened in 1913 and has a seating capacity of 1041. The auditorium's interior and façade are both recognized as landmarks of New York City.

Longacre Theatre Seating Chart will help you find the best seats in the theatre.

Subway: The closest subway station is 49th Street, which is served by the N, Q, R and W lines.

Security: Please be aware that for your comfort and security all audience members will be subject to security checks upon arrival at the Longacre Theatre.

How can I buy Leopoldstadt Broadway tickets?

Buy your Leopoldstadt Broadway tickets online at www.broadway-show-tickets.com for a hassle-free and convenient experience that ensures the best deals and discounts.

How much do the Leopoldstadt Broadway tickets cost?

The cost of the Leopoldstadt Broadway tickets will vary depending on the type of seats you choose. Click here to know more.

How can I buy cheap or discount Leopoldstadt tickets on Broadway?

How can I buy last-minute Leopoldstadt Broadway tickets?

You can easily buy last-minute Leopoldstadt Broadway tickets at www.broadway-show-tickets.com.

Is there a possibility that I will get partial view seating if I purchase discounted Leopoldstadt Broadway tickets?

Booking Leopoldstadt Broadway tickets online will give you the opportunity to select your specific seats, thus, ensuring you do not get stuck with partial view seating. But if you try your luck with lottery tickets, or purchase day seats, your seats will be allocated at the discretion of the Box Office, which can potentially mean partial view seating or split seats.

What is the opening date for Leopoldstadt?

What age is Leopoldstadt appropriate for?

Leopoldstadt does not have a strict age limit. However, it is most suitable for children aged 10 and above.

How long does Leopoldstadt run for?

The running time of Leopoldstadt is 2 hours and 10 minutes with no intermission.

Where is Leopoldstadt playing on Broadway?

Leopoldstadt is playing at Longacre Theatre and opened on 14 September 2022.

What is Leopoldstadt about?

Leopoldstadt is a play about a Jewish family who endure unspeakable hardships to survive.

Who are the main stars of Leopoldstadt?

What is the dress code while attending Leopoldstadt?

What are the facilities available at Longacre Theatre?

Longacre Theatre has multiple facilities including a water fountain, wheelchair spaces, and accessible restrooms available for the audiences during Leopoldstadt.

Can I take pictures or videos of Leopoldstadt inside the theatre?