Next available:
Life of Pi
from
$49.45
Check availability 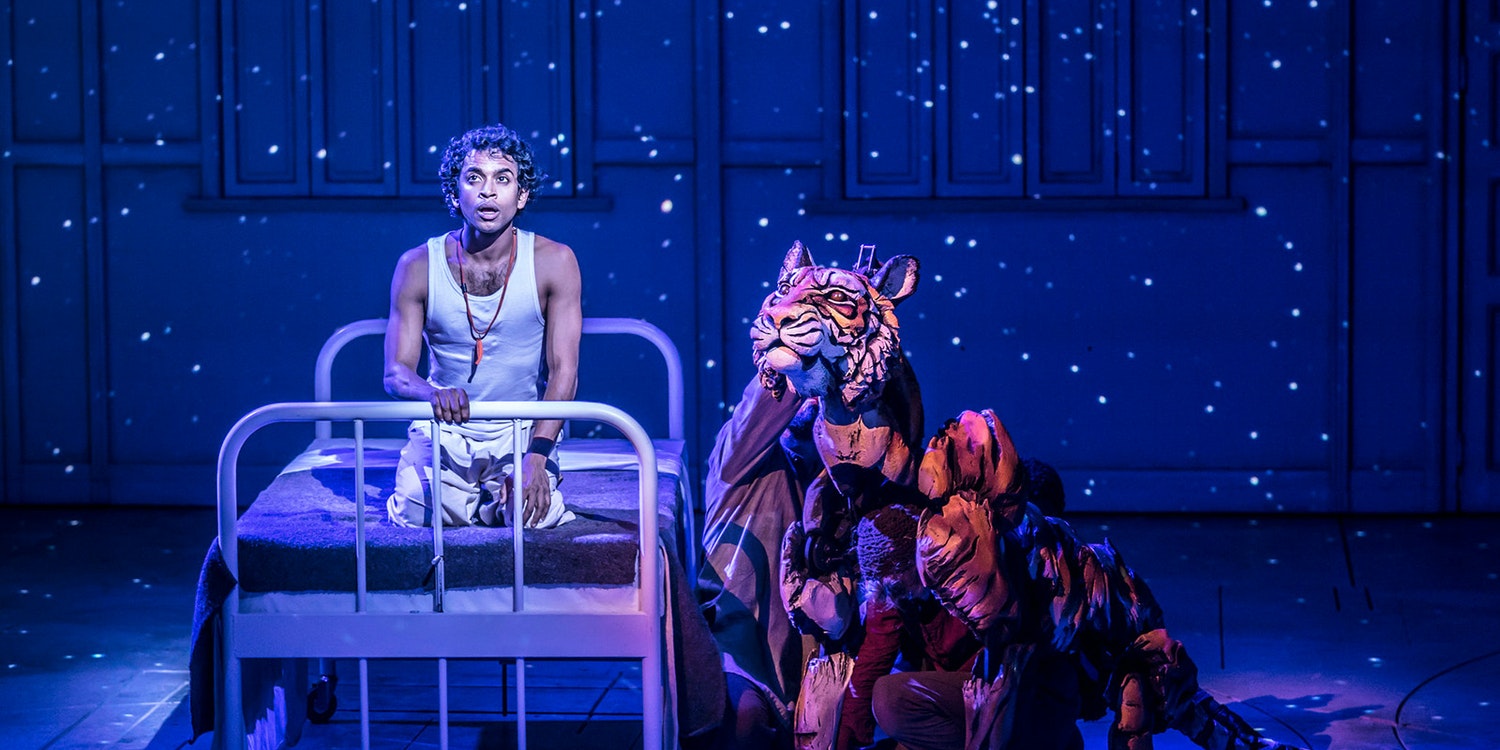 Why Watch Life of Pi?

The much-anticipated Broadway arrival of Life of Pi is finally here, and fans are already scooping up tickets. The play is adapted from a Man Booker Prize-winning novel and an Academy Award-winning film, so it's no wonder that people are eager to see it.

Yann Martel's 2001 novel, which won the Man Booker Prize and served as inspiration for a 2012 film, has been adapted into an acclaimed stage show by Lolita Chakrabarti. Directed by Max Webster, the production features intricate puppetry that allows viewers to see the animal characters in a new light. This innovative approach was well-received by critics and audiences alike; at the Olivier Awards, the seven performers who brought the tiger to life were collectively awarded the best actor in a supporting role. Book your Life of Pi Broadway tickets now to avoid missing out on this mesmerizing production.

Life of Pi on Broadway is the theatrical adaptation of Yann Martel's 2001 novel of the same name and the plot follows the story of the Patels. After selling their zoo and deciding to relocate to Canada, the Patel family board a freighter with some of their animals. A treacherous storm causes the ship to sink, leaving Pi as the only human survivor but he's not alone; a Bengal tiger has also managed to get aboard the lifeboat. As time passes, they learn that they must trust each other if they both want to have any chance of surviving.

Book online tickets for Life of Pi play on Broadway.

The Gerald Schoenfeld Theatre, found at 236 West 45th Street, is a Broadway house well-liked by theatregoers. In 2005, it was renamed to honor the chairman of the Shubert Organization and had been known as the Plymouth Theatre previously. Many iconic plays have been staged here in its century-long existence, including A Doll's House, Dial M for Murder, Plaza Suite, Godspell, and more.

Gerald Schoenfeld Theatre Seating Chart will help you find the best seats in the theatre.

Subway: The closest subway to the Gerald Schoenfeld Theatre is 42nd Street which can be reached via the A, C and E lines.

Bus : Several buses stop between West 46th Street and 8th Avenue including the M20 and M104.

Security: Please be aware that for your comfort and security all audience members will be subject to security checks upon arrival at the Gerald Schoenfeld Theatre.

How can I buy Life of Pi Broadway tickets at Broadway?

Buy your Life of Pi Broadway tickets online at www.broadway-show-tickets.com for a hassle-free and convenient experience that ensures the best deals and discounts.

How much do the Life of Pi Broadway tickets cost?

The cost of the Life of Pi Broadway tickets will vary depending on the type of seats you choose. Click here to know more.

How can I buy cheap or discount Life of Pi tickets on Broadway?

How can I buy last-minute Life of Pi Broadway tickets?

You can easily buy last-minute Life of Pi Broadway tickets at www.broadway-show-tickets.com.

Is there a possibility that I will get partial view seating if I purchase discounted Life of Pi Broadway tickets?

Booking Life of Pi Broadway tickets online will give you the opportunity to select your specific seats, thus, ensuring you do not get stuck with partial view seating. But if you try your luck with lottery tickets, or purchase day seats, your seats will be allocated at the discretion of the Box Office, which can potentially mean partial view seating or split seats.

What is the opening date for Life of Pi Broadway?

What age is Life of Pi appropriate for?

Life of Pi is suitable does not have a strict age limit. However, it is most suitable for children aged 8 and above.

How long does Life of Pi Broadway run for?

The running time of Life of Pi Broadway is 2 hours and 10 minutes including intermission.

Where is Life of Pi playing on Broadway?

Life of Pi is playing at Gerald Schoenfeld Theatre and opens on 9 March 2023.

What is Life of Pi about?

Yann Martel's Life of Pi, adapted for the stage, tells the story of a young man named Pi who is stranded on a lifeboat with only a Bengal Tiger for company after his ship meets disaster.

What is the dress code while attending Life of Pi?

What are the facilities available at Gerald Schoenfeld Theatre?

Gerald Schoenfeld Theatre has multiple facilities including a water fountain, wheelchair spaces, and accessible restrooms available for the audiences during Life of Pi.

Can I take pictures or videos of Life of Pi inside the theatre?