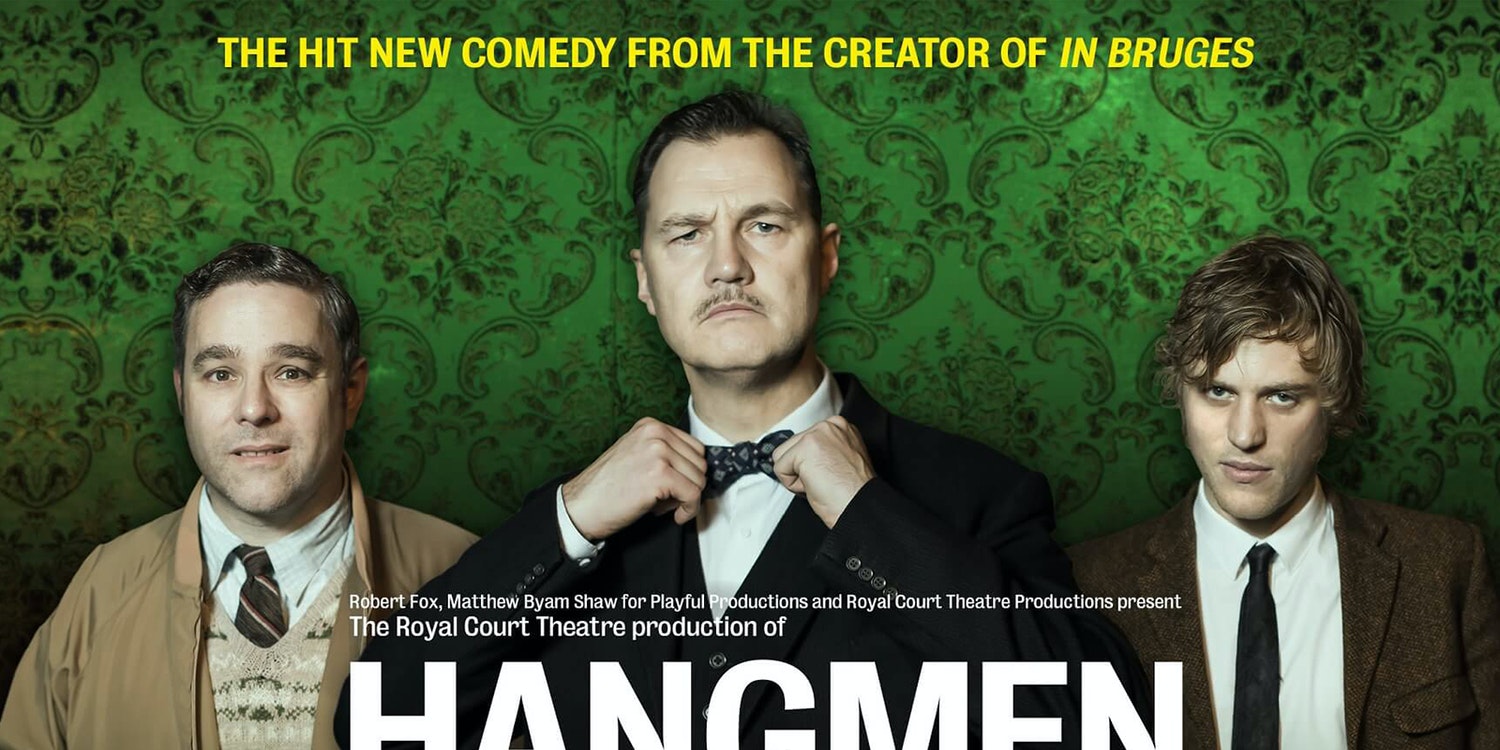 Martin McDonagh is a veteran when it comes to writing plays for Broadway. Hangmen is his seventh to make it.It features some exceptional - Laurence Olivier Award-winning - set design and lighting, done by Joshua Carr, which adds to the overall experience.

The pitch-black comedy is already making waves in the theater scene, having bagged five Tony nominations, including Best Play and Best Actor nominations (in separate categories) for Threlfall and Alfie Allen, who plays Mooney. It has also made it to the New York Times critics’ picks.

The show revolves around Oldham-based Harry Wade - played by David Threlfall in the new cast - who is one of the best hangmen in the country. After the UK abolishes hanging as a method of punishment, Harry is forced to think about what else he could do with his life. He’s never far from a bottle of alcohol, mainly because he runs a pub with his wife Alice, and his daughter Shirley, fifteen. Their joint is frequented by people who debate capital punishment and its merits and demerits. Where does Harry stand on the issue? Hanging people to death was his life’s profession. And he was good at it - second best in the land.A mysterious stranger enters the pub and forces him to rethink his values by going after something dear to Harry. Will new circumstances lead him back to his old ways?Also involved is an annoying cub reporter writing a story about the last day of capital punishment. All he wants is a quote for his story, but is that all he’s going to get?

Located in the Theater District, The John Golden Theatre was built by the Chanin brothers and opened in 1927. Originally known as the Theatre Masque, the play Puppets of Passion was the first act performed here. It was sold to the Shuberts in 1930 and is the host to a limited run of Hangmen from April to June 2023

John Golden Theatre Seating Plan will help you find the best seats in the theatre.

Accessibility: John Golden Theatre welcomes disabled guests and strives to make the show accessible for everyone

Security: Please be aware that for your comfort and security all audience members will be subject to security checks upon arrival at the John Golden Theatre.

How can I buy Hangmen tickets at Broadway?

Buy your Hangmen tickets online at www.broadway-show-tickets.com for a hassle-free and convenient experience that ensures the best deals and discounts.

How much do the Hangmen tickets cost?

The cost of the Hangmen tickets will vary depending on the type of seats you choose. Click here to know more.

How can I buy cheap or discount Hangmen tickets on Broadway?

The best way to buy cheap or discounted Hangmen tickets is to book them online as you will often come across attractive discounts. Book your Hangmen tickets in advance as they tend to get more expensive closer to the show date.

How can I buy last-minute Hangmen tickets?

Is there a possibility that I will get partial view seating if I purchase discounted Hangmen tickets?

Booking Hangmen tickets online will give you the opportunity to select your specific seats, thus, ensuring you do not get stuck with partial view seating. But if you try your luck with lottery tickets, or purchase day seats, your seats will be allocated at the discretion of the Box Office, which can potentially mean partial view seating or split seats.

What is the opening date for Hangmen?

What age is Hangmen appropriate for?

Hangmen does not have a strict age limit. However, it is most suitable for children of 14 and above.

Where is the Hangmen playing in Broadway?

Hangmen is playing at Golden Theatre in Broadway.

Do I need to purchase a Hangmen ticket for my child?

If your child is above the age of 5, you do need to purchase a Hangmen ticket for your child

Are there discounted Hangmen tickets available for kids?

How long does Hangmen run for?

The running time of Hangmen is 2 hrs 30 mins with one intermission.

What is Hangmen about?

Hangmen is a dark comedy play centred around the dark premise of capital punishment.

Who are the main stars of Hangmen?

The main stars of Hangmen are Alfie Allen as Mooney and Tracie Bennettn playing the role of Alice.

What is the dress code while attending Hangmen?

Is outside food allowed while attending Hangmen?

No, outside food is not allowed while attending Hangmen. Most theatres do have a cafeteria or bar inside the premises where you can get snacks and drinks.

What are the facilities available at Golden Theatre?

Golden Theatre has multiple facilities including Payphone , Waterfountain , Elevator , Restrooms available for the audiences during the show Hangmen.

Can I take pictures or videos of Hangmen inside the theatre?