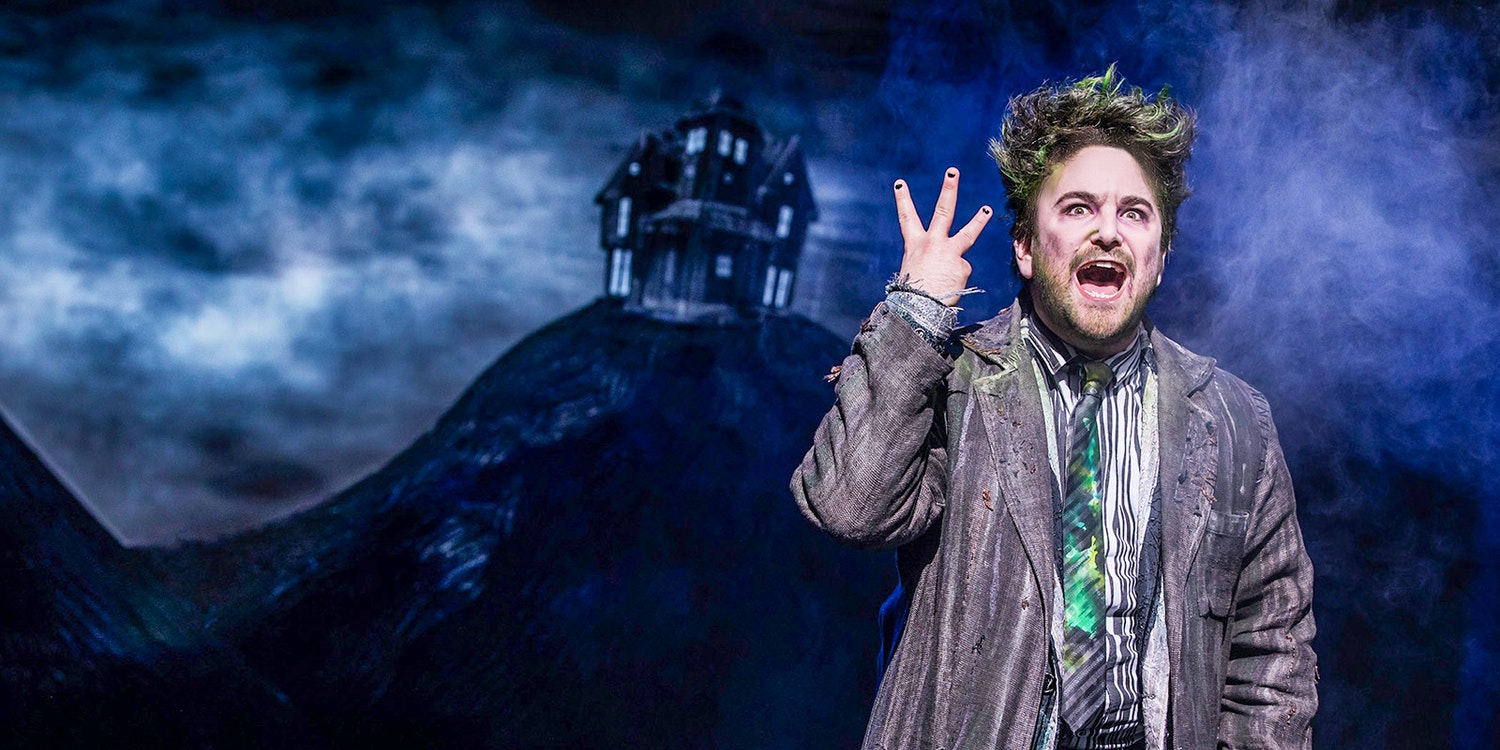 Beetlejuice Broadway tickets are available for purchase now! The production will be staged at the Marquis Theatre on Broadway. Scott Brown and Anthony King wrote the book for the musical. Alex Timbers directs Beetlejuice, with Eddie Perfect composing the music and lyrics. Connor Gallagher is the choreographer while Kris Kukul supervises the music direction.

Beetlejuice The Musical is a reinterpretation of and named after Tim Burton’s movie that shares its name. It's simple to imagine yourself in Beetlejuice's gloomy and sinister secret realm thanks to the outstanding set and costume designs and infectious and unforgettable melodies. Of course, Beetlejuice's vibrant and skilled cast acts as its life force. Each performer has a distinctive delivery style that serves to illustrate the various characters and themes in the musical's unique plot. Buy your Beetlejuice Broadway tickets now to avoid missing out on them!

Beetlejuice follows the journey of a quirky teen named Lydia Deetz, who has her world turned upside down when her family moves into a new house and encounters the ghosts of a dead couple (and former residents) and Beetlejuice, a demon with a penchant for stripes. A (Nether)world of chaos and the largest sandworm the world has ever seen are unleashed as Lydia summons Beetlejuice to chase away people. Beetlejuice the musical takes audiences on a humorous, exhilarating, and horrifying adventure as it retells and re-energizes the tale of an impish spectre and their sidekick, the "Recently Deceased" couple. Book your Beetlejuice Broadway tickets to secure the best seats and watch the story unfold.

Get captivated and continue to sing the songs from Beetlejuice much after the show. Top songs in Beetlejuice include Invisible, The Whole ‘Being Dead’ Thing, Girl Scout, Dead Mom, Ready Set Not Yet, and Fright Of Their Lives.

Book online tickets for the Beetlejuice musical in New York.

The Marquis Theatre is a Broadway theatre located on the third floor of the New York Marriott Marquis hotel. The designer of the theatre, John C. Portman Jr., included the theatre in the structure to increase the height of the hotel. The theatre is situated in the Theatre District of Midtown Manhattan in New York City and was established in 1986 and is run by the Nederlander Organization.

Seating Capacity: Over 1611 seats divided into an Orchestra and Balcony sections

Marquis Theatre Seating Chart will help you find the best seats in the theatre.

Security: Please be aware that for your comfort and security all audience members will be subject to security checks upon arrival at the Marquis Theatre.

How do I buy Beetlejuice tickets at Broadway?

Buy your Beetlejuice Broadway tickets online at ​​www.broadway-show-tickets.com for a hassle-free and convenient experience that ensures the best deals and discounts.

How much do the Beetlejuice Broadway tickets cost?

The cost of the Beetlejuice Broadway tickets will vary depending on the type of seats you choose. Click here to know more.

How can I buy cheap or discount Beetlejuice tickets on Broadway?

How can I buy last-minute Beetlejuice Broadway tickets?

You can easily buy last-minute Beetlejuice Broadway tickets at www.broadway-show-tickets.com.

Is there a possibility that I will get partial view seating if I purchase discounted Beetlejuice Broadway tickets?

Booking Beetlejuice Broadway tickets online will give you the opportunity to select your specific seats, thus, ensuring you do not get stuck with partial view seating. But if you try your luck with lottery tickets, or purchase day seats, your seats will be allocated at the discretion of the Box Office, which can potentially mean partial view seating or split seats.

What is the opening date for Beetlejuice on Broadway?

What age is Beetlejuice appropriate for?

Beetlejuice is recommended for individuals above the age of 10.

Where is Beetlejuice playing in New York?

Beetlejuice is playing at Marquis Theatre in New York and opens on 8 April 2023.

How long does Beetlejuice run for?

The running time of Beetlejuice Broadway is 2 hour and 30 minutes including intermission.

What is Beetlejuice about?

Beetlejuice is a musical about Lydia Deetz and her encounters with the otherworldly.

Who are the main stars of Beetlejuice?

What is the dress code while attending Beetlejuice?

Is outside food allowed while attending Beetlejuice?

No, outside food is not allowed while attending Beetlejuice. Most theatres do have a cafeteria or bar inside the premises where you can get snacks and drinks.

What are the facilities available at Marquis Theatre?

Marquis Theatre has multiple facilities including a water fountain, hearing assistance, and restrooms available for the audiences during Beetlejuice.

Can I take pictures or videos of Beetlejuice inside the theatre?

Photography, videography, and sound recording are prohibited inside the theatre. Some theatres do have a souvenir shop from where you can purchase pictures or stills of the show.