Next available:
Hadestown
from
$106.50
Check availability 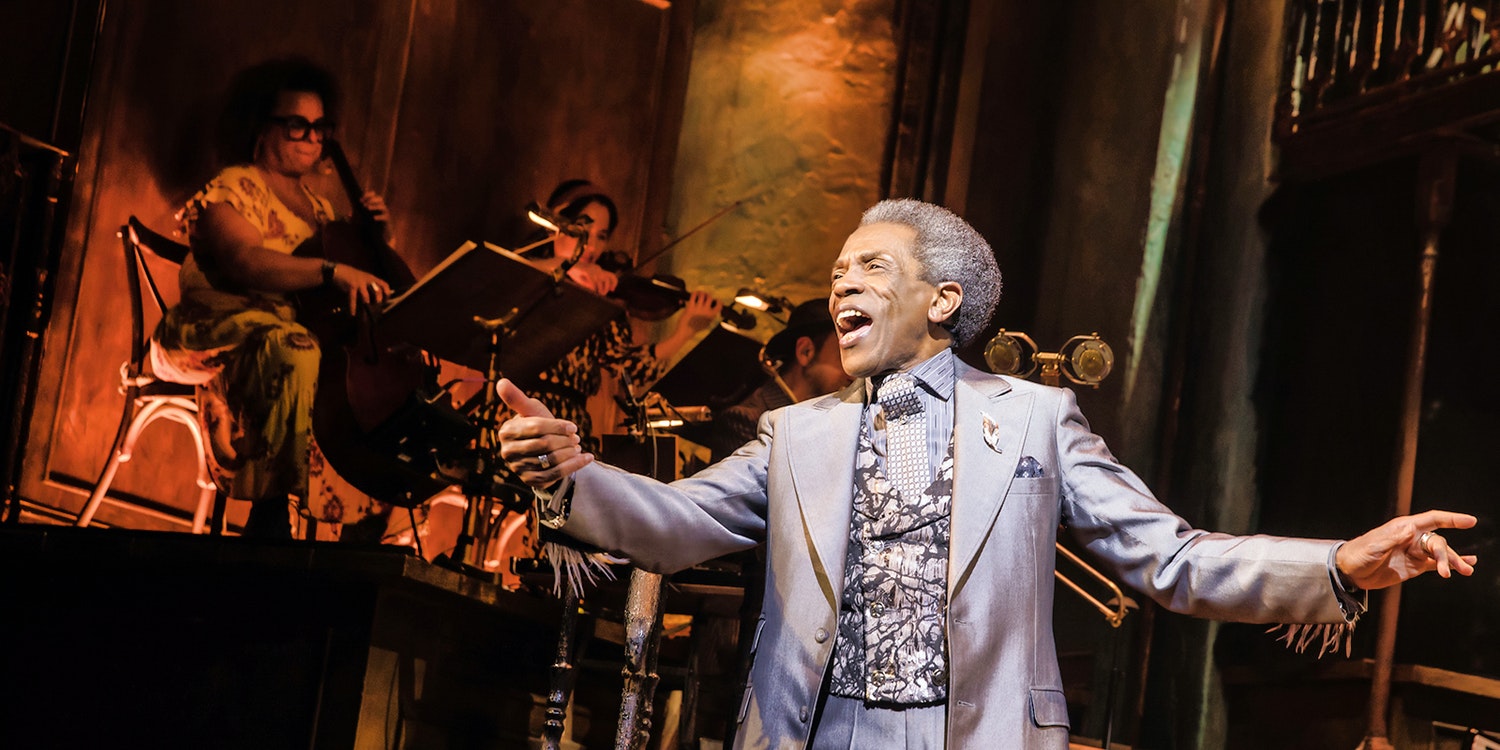 With seven Tony, one Grammy, four Drama Desk Awards, and multiple-time nominees for several other prestigious awards, Hadestown is here to take Broadway by storm. Book Hadestown Broadway tickets and make your way into another world. Be ready to hop on a high and low ride exploring the Greek myths of Orpheus and Eurydice and Hades and Persephone.

This emotionally charged work from Anaïs Mitchell under the profound direction of Rachel Chavkin is groundbreaking. The show leaves people clinging to the moment lost in its beauty the whole time. Expect twists from the original myth in this dramatic retelling, which set it apart from most of the retellings of these well-known Greek myths.

A modern retelling of Greek myths, Rachel and Mitchel have given the world of Hades, Orpheus, and Eurydice a new shape. The battle is riddled with paradoxes. A fusion of one extremity with another, blazing hot to freezing cold. When Hades kidnaps Eurydice luring her with a promise of food and shelter away from the freezing ground, Orpheus sets out on a journey to save his love. The opposing powers create a war between the characters struggling to survive. The result is as expected, riot, chaos, and unrest. Book Hadestown Broadway tickets now and grab the best seats in the house.

The Hadestown Broadway has more songs as compared to the emotionally charged album released by Anaïs Mitchell of the same name. Some of the popular tracks include Road to Hell, Our Lady of the Underground, Nothing Changes, and How long.

Book online tickets for the Hadestown musical in New York.

Booking Period: Bookings are open till 28 May 2023

Formerly known as the Ritz Theatre, Walter Kerr Theatre has acted as several things ever since its inception including a radio and TV station, as well as a Children’s film theatre. It reopened as a theatre in 1990 and was then named after the prominent American Broadway critic Walter Kerr. The theatre is small with less than 1000 seats.

Walter Kerr Seating Chart will help you find the best seats in the theatre.

Subway: The closest subway station is 49th Street on the N, R or W line.

Security: Please be aware that for your comfort and security all audience members will be subject to security checks upon arrival at the Walter Kerr Theatre.

How do I buy Hadestown tickets at Broadway?

Buy your Hadestown Broadway tickets online at ​​www.broadway-show-tickets.com for a hassle-free and convenient experience that ensures the best deals and discounts.

How much do the Hadestown tickets cost?

The cost of the Hadestown Broadway tickets will vary depending on the type of seats you choose. Click here to know more.

How can I buy cheap or discount Hadestown tickets on Broadway?

How can I buy last-minute Hadestown Broadway tickets?

You can easily buy last-minute Hadestown Broadway tickets at www.broadway-show-tickets.com.

Is there a possibility that I will get partial view seating if I purchase discounted Hadestown Broadway tickets?

Booking Hadestown Broadway tickets online will give you the opportunity to select your specific seats, thus, ensuring you do not get stuck with partial view seating. But if you try your luck with lottery tickets, or purchase day seats, your seats will be allocated at the discretion of the Box Office, which can potentially mean partial view seating or split seats.

What is the opening date for Hadestown?

What age is Hadestown appropriate for?

Hadestown is suitable for children above the age of 8. Children below the age of 4 years are not allowed in the theatre for Hadestown.

Where is Hadestown playing in New York?

Hadestown Broadway is playing at Walter Kerr Theatre in New York and opens on 22 Mar 2019.

How long does Hadestown run for?

The running time of Hadestown Broadway is 2 hours 25 minutes including intermission.

What is Hadestown about?

Hadestown is a beautiful musical retelling of the Greek myth with a modern retake.

Who are the main stars of Hadestown?

What is the dress code while attending Hadestown?

Is outside food allowed while attending Hadestown?

No, outside food is not allowed while attending Hadestown. Most theatres do have a cafeteria or bar inside the premises or nearby where you can get snacks and drinks.

What are the facilities available at Walter Kerr Theatre?

Walter Kerr Theatre has multiple facilities including hearing assistance, elevators, and restrooms available for the audiences during Hadestown.

Can I take pictures or videos of Hadestown inside the theatre?

Photography, videography, and sound recording are prohibited inside the theatre. Some theatres do have a souvenir shop from where you can purchase pictures or stills of the show.