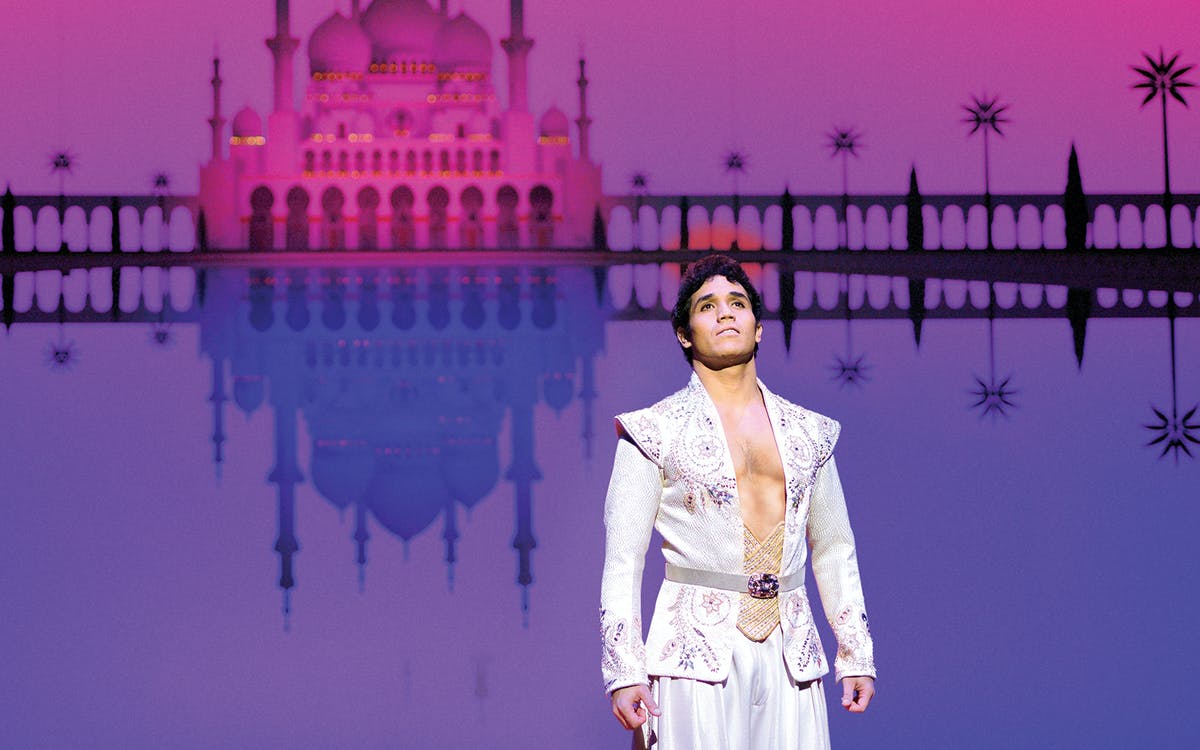 “Musicals don’t get enough credit for being so surreal. It’s like an alternate universe”, said Ezra Koenig. We wholeheartedly agree! There’s nothing quite like a Broadway musical. The grand unveiling of curtains, the swell of the orchestra, choregraphies that portray a myriad of emotions and unforgettable songs that transports you to a different world - a Broadway Musical is magic in its truest sense.

Western musical theatre emerged in the 19th century and slowly caught momentum through the next decade. By the 20th century, they were called ‘Broadway musicals’ - what we know as today. What makes a performance a ‘Broadway Musical’ are the extravagant stage decor, dynamic scene changes, show lights, designer costumes, incredible live singing, dancing and acting. Couple this with technology gimmicks and a music loving audience, you’ve had yourself a real Broadway musical experience.

Broadway musicals are presented in 40 professional theatres in the Theatre District & Lincoln Center along Broadway, Midtown Manhattan in New York City. These days your options for a stellar Broadway Musical are more diverse than ever - raucous comedies like The Book of Mormon, emotional dramas like Dear Evan Hansen, classic operettas like The Phantom of the Opera, or iconic Disney musicals like The Lion King, there’s plenty for every genre-lover.

If you find yourself in New York, there’s no leaving the city without grabbing tickets to a Broadway Musical of your choice.

This is a common confusion among most Broadway first-timers - what is the difference between a Broadway musical and play? In simple words, a Broadway Musical is a live show that incorporates songs into its script to emote the story. With elaborate songs and dancing, the story is delivered to the audience with equal proportions of acting, dance and music.

A Broadway play, also simply known as Theatre spans genres like drama, comedy, and fantasy barring the musical element - just pure, unadulterated theatrical productions. There is a third genre that is quickly becoming popular in the Theatre District - Opera. These are musicals with operatic singing in the operatic style where the story is conveyed in a dramatic fashion with singing and less dialogues.

Choosing the right Broadway musical makes all the difference. Here are a few quick factors you must take into consideration before booking your tickets.

Best Broadway Musicals Of All Time

These Broadway musicals are multiple award-winners, record breakers of its time, have a stellar cast and, a ticket to these shows promise an experience of a lifetime. They are the critics favourites and audience favourites - a rare combination!

If you’re looking to keep your little ones entertained, our round up of Broadway musicals for kids are just what you need. Don’t worry, you’ll love them too. It’s family friendly and fun unlimited!

Yes, a Broadway experience can be quite romantic provided you choose the right musical! Whether it’s Valentine’s Day, your anniversary, or just another date night out, the theatre is ideal for an intimate moment. We hope you find love amidst these Broadway musicals!

The Lion King is the highest grossing Broadway performance of all time. Ever wondered why some shows gross such high numbers while other really good Broadway performances don’t? This often happens because different shows have different seating capacities, which means some shows have the potential to make more money per performance than others. Ticket prices and actual ticket sales also play a huge factor. It’s not always that a Lion King is sold-out every night! Here are the shows that are still running and have clocked big numbers over the years.

If you’re looking for a Broadway musical experience that does not burn a hole in your pocket, check out these top and trending Off-Broadway musicals. With smaller theatres and an intimate setting with close-up performances, you’ll be left wondering why these shows are not on Broadway theatres already!

The Tony Award for Best Musical is the final award presented at the Tony Awards ceremony every year. It is one of the ceremony's longest-standing awards. A Broadway Musical is eligible for consideration in a given year if it has not previously been produced on Broadway and is not determined to be a 'classic' or in the historical or popular repertoire", otherwise it may be considered for Best Revival of a Musical.

For the 73rd Tony Awards in 2019, Hadestown, Ain’t Too Proud, Beetlejuice, The Prom and Tootsie were nominated in the Best Musicals category. Hadestown, directed by Rachel Chavkin was awarded the winner. Fun Fact: Hamilton is the most nominated musical production in Tony history, with 16 nominations

Best Seats For A Broadway Musical

Getting the right seats for a Broadway Musical plays a huge role in the experience. Here are a few things you must know before selecting the seats/section for your Broadway Musical:

While the list is constantly changing with new arrivals being announced every week, here’s what we are excited for this year: